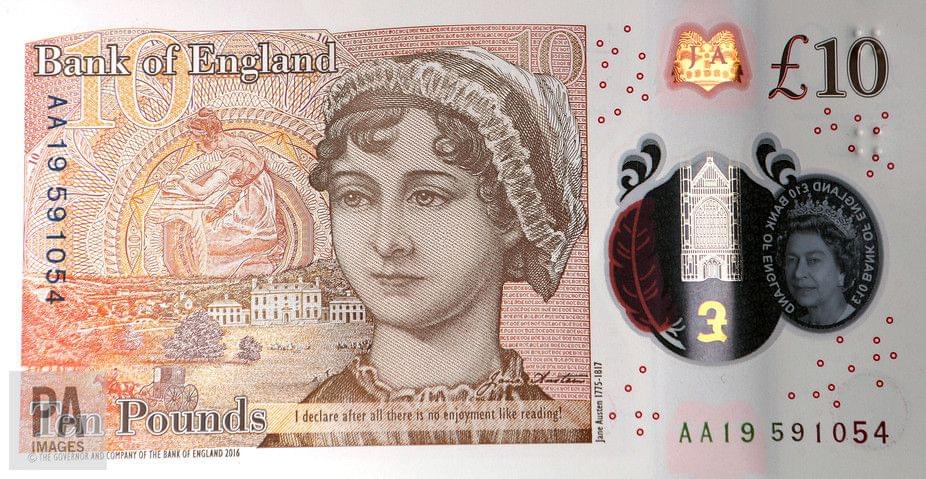 The unveiling of the latest polymer banknote design by the Bank of England on 18 July is testament to the ongoing demand for new technologies to continue to build growth in the security printing market.

According to exclusive research from Smithers, banknote printing accounts for 35.8% of total value in a global security print market valued at $27.2 billion in 2017. TheFuture of Global Security Printing to 2022  forecasts strong growth at 4.8% per annum to generate a total value of $34.3 billion in 2022.

As the market develops across the next five years, there will be visible shifts both in end-user demands and commercial technology which will influence the further penetration of new technologies, like polymer substrate banknotes.

The new £10 note featuring 19th century novelist British author Jane Austen is the second fully issuance note from the Bank of England printed on a polymer substrate. It incorporates a range of new security features, as well as improved lifecycle performance to benefit both the bank and consumers. The Bank of England has already printed 275 million of the new notes, and will release them into circulation in September 2017. Three Scottish issuing banks will release their new polymer £10 issuances one year later.

Central banks are increasingly moving to more durable solutions including pure polymer substrates, paper/polymer composites, and superior varnishes and coatings. Despite their expense, the prolonged lifecycle, due to their being harder to tear, waterproof and more resistant to folding, soiling and microorganisms; means the transition to polymer can translate into significant savings for issuing authorities.

There are several additional advantages too:

The Future of Global Security Printing to 2022 reveals that competition between polymer and other durable materials will intensify over the next five years, leading to possible price drops.

Moves of this type are taking place within a wider context, including trends like removal of higher denomination notes from circulation, either gradually as with the €500 note, or abruptly as with the Indian 500 and 1,000 rupee notes; and the continuous refinement of security features and introduction of more bold designs.

Despite innovation, banknote production orders are dropping, principally because of the emergence of a less-cash society.

Modern consumers have many non-cash payment methods at their disposal – payment cards, direct debit, crypto currencies, digital wallets – that are easier and faster to use than cash. Online commerce is booming, and peer-to-peer mobile payment methods are rapidly gaining traction.

As a result, the ratio of cash to electronic payments is declining. While in most developed countries this simply means that the growth rate of cash is lower than that of non-cash, the expectation is that soon the use of and demand for cash will decline in real terms. The UK Payments Council, for example, predicts that cash volume will fall by 30% over the next ten years; and some stores in Denmark and the Netherlands have already stopped accepting cash.


Besides the changing dynamics of payment use, Smithers analysis tracks and quantifies two other major shifts within the broader security print market.

The changing face of identity

IDs are no longer considered the sole evidence of a person’s identity. Until the early 2000s a paper document protected by optical security features and issued by government authorities was the gold standard for identification. Subsequently it was realised that passports were relatively easy to forge or for imposters to use, and the need to drastically improve facilitation to process rapid growth in air travel, e-passports incorporating biometrics were introduced. This was followed by e-IDs, electronic driving licences and other electronic credentials.

The expansion of digital mobile phone technology in developing countries has accelerated the emergence of digital identification and the electronic delivery of services. In sub-Saharan Africa, more than half of the population in some countries is without official ID, but more than two-thirds of residents in the region have a mobile phone subscription. Digitally based mobile platforms can be used to register for, and access, legal ID. It remains to be seen whether physical credentials will be leapfrogged altogether or if some form of documentation will still be required.

The drivers in the developed world, where virtually all people have at least one and usually multiple forms of identification, are different. The key challenge now as the capabilities of digital identity are advancing so rapidly is to produce regulatory frameworks that ensure companies leading these technological advancements operate in an ecosystem that accounts fully for risk and privacy. There will be pose other new challenges to overcome too, such as how to safeguard against increasing sophisticated photo manipulation software.

Once these barriers are overcome, use of physical ID documents may become much less common, and may only be employed once, on enrolment. And then operate as a real world anchor, while mobile devices twinned with biometrics become the primary identifier. This will also support a trend towards multi-function IDs, where various government functions – travel, driver registration, voter representation and social security are incorporated into a single electronic ID – as has already been advanced by countries like Portugal.

Financial inclusion is the term used for providing financial services to the world’s unbanked population, which resides primarily in the developing world. About two billion adults globally are unbanked with more than half residing in South Asia, East Asia and the Pacific regions.

This creates a host of issues for the governments of countries in these regions:

Digitising payments would enable account holders to make the payments in a way that is easier, more affordable and easier to track What is required is a long-term vision including:

The potential long-term impact of financial inclusion on the security printing industry cannot be underestimated. Initially, when cards or mobile phones are used to take cash out of a personal account, the market expands; but then, when cards are used as the payment medium, demand for banknotes and can be expected to contract. 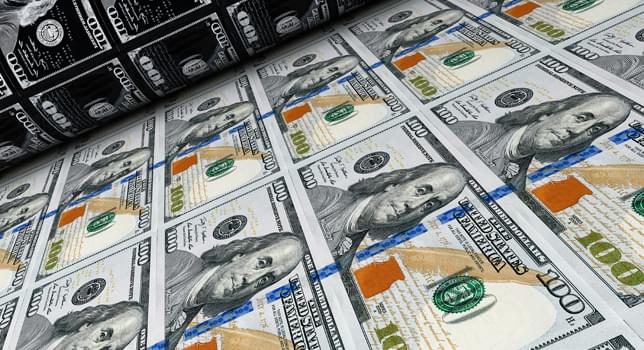 The Future of Global Security Printing to 2024