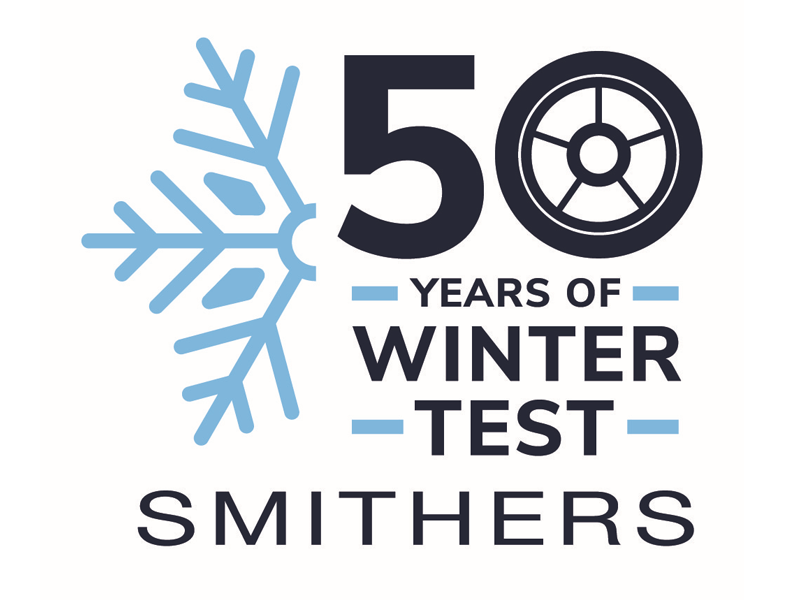 This coming winter, the Smithers Winter Test Center will celebrate its 50th anniversary.

The Smithers Winter Test Center (SWTC) is a winter proving ground in Michigan’s Upper Peninsula, with over 800 acres of snow, ice, and bare pavement surfaces and courses. OEMs and tier supplies engage the facility for testing and conducting performance evaluations on vehicle systems, tires, and components under the special challenges of extreme cold and hazardous road conditions.

“We have some now-retired employees who remember using a rented trailer in a parking lot as a home base for testing back in those days,” said Sean Connolly, Director of Test Track Operations, Smithers Winter Test Center.

In the early ‘70s, VanArnam and Washburn were made aware of the Raco site that is now the Smithers Winter Test Center. CTI started using the Raco site in an official capacity in 1973.

The site origins of the Smithers Winter Test Center

The site’s history can be traced back to 1940. An airfield was built to protect the locks at Sault Sainte Marie. The airfield was formally acquired by the United States government during World War II. The government funded the construction of a large triangle of runways, with each runway measuring 5,520 feet long and 300 feet wide, and a handful of buildings. Upon completion, the site was officially designated as Raco Auxiliary Field (RAF).

After World War II, during which the site was largely inactive, the United States Army began using RAF as an anti-aircraft artillery site. The site’s Skysweeper anti-aircraft guns were intended to protect the locks and shipping narrows around Sault Sainte Marie.

In the early years of the Cold War, the United States Air Force took over and began construction on a missile site. The site was equipped with supersonic Bomarc missiles, the first long-range anti-aircraft missiles in the world.

In 1972, the Air Force closed the missile site at RAF. Ownership of the site was transferred to the United States Forest Service (USFS), and it became part of Hiawatha National Forest. Shortly thereafter, USFS and CTI entered an agreement allowing CTI to use the site during the winter months for snow, ice, and cold-weather testing of vehicles, tires, and automotive components. CTI was then acquired by Smithers in 1974.

“The start of our relationship with the Forest Service was a real turning point in Smithers history,” said Connolly. “Taking over the Raco site meant we could dramatically increase our testing capabilities and provide many more services to our valued clients.”

Over the past fifty years, Smithers has made significant changes to the site based on industry changes and client need.

“We’re constantly striving to add modern amenities based on changes to the automotive industry and what our clients need,” said Connolly. “Providing our clients with what the need is the most important factor in every decision we make regarding site expansion.”

Every winter season, over two thousand tire and automotive industry professionals visit the site for testing, research and development, training, and other events. Daily visitors can number in the hundreds, prompting Smithers to invest in extra space to host guests.

The company has added a number of rental buildings for long- and short-term clients. Each building has space for six to eight vehicles, a double-bay garage, two hoists, furnished office space, a kitchen area with a refrigerator, two bathrooms, and wireless internet. In 2018, Smithers opened a state-of-the-art event center for clients to host demos, launches, and events. The center’s larger room is outfitted with multiple projectors and TV screens, a garage door for product demos, and a fireplace. There is also a smaller meeting room and a full-size catering kitchen.

Local and economic impact of the Smithers Winter Test Center

The local economy has benefited tremendously from the presence of the Smithers Winter Test Center (SWTC) and its many guests over the years. Smithers spends significantly on local goods and services every year, such as fuel, automotive repairs, utilities, local EMS services, and more, in addition to extensive construction expenses over a five-year period. Both Smithers and its on-site clients also patronize local restaurants, grocery stores, hotels, and casinos.

The SWTC has also contributed meaningfully to local job creation. Smithers and its on-site clients hire up to 100 seasonal employees every winter season, and Smithers has additional full-time, on-site employees. The site has seen a 30% staffing increase in the past five years, thanks to the company’s steady growth. Additionally, both Kinross EMS and the Hampton Inn Sault Ste Marie have hired additional employees to accommodate the influx of visitors during the winter season.

“Sault Ste. Marie has really embraced Smithers and our on-site clients,” said Connolly. “We’ve very grateful for the relationships and partnerships we’ve built. Being able to give back to this community means a lot to us.”

Connolly and other Smithers leaders have many plans for the site’s future. “At Smithers, our clients are our top priority. Meeting their needs has always been the primary driver of growth and expansion at the Smithers Winter Test Center and all our other testing facilities around the globe,” said Jim Popio, PhD, Vice President, Smithers Materials Science and Engineering Division. “Doug VanArnam set an incredibly high standard as our first leader, and Sean and his team have carried that legacy forward by continuing to do incredible work for our clients at the Smithers Winter Test Center. I’m eager to see what the next fifty years will bring, for us and for our clients.”

To learn more about the SWTC, contact Sean Connolly at sconnolly@smithers.com. 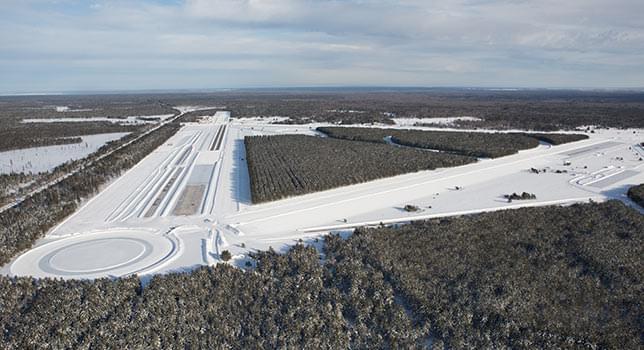 Located in Michigan's Upper Peninsula, the Smithers Winter Test Center (SWTC) is a world-class facility ideal for winter testing and conducting performance evaluations on vehicles, tires and components under the special challenges of extreme cold and hazardous road conditions.

Podcast: Wheel Testing Insight with Nick Cross
Whitepaper: Effect of Temperature on Tire Rolling Resistance
Q&A with author Art Mayer
Q&A with tires expert Howard Colvin
Why AS9100 D Came to Be? A History of the AS9100 Standard