Home Resources The Environmental Science & Regulatory Landscape: Perspectives on the Role and Importance of Scienti

The Environmental Science & Regulatory Landscape: Perspectives on the Role and Importance of Scientific Societies

In a new monthly series, Dr. Kalumbu Malekani, Chief Scientific Officer, Environmental Risk Sciences, explores trends and salient topics in environmental and regulatory science. This month he offers insight into the evolution of scientific societies and their role in shaping today’s advances in environmental science.

Scientific societies are the products of the Scientific Revolution, which drastically influenced the discipline that we know today as science from accepting to critical thinking in the 16th and 17th centuries. During this period, a new view of nature emerged, “replacing the Greek view that had dominated science for almost 2,000 years” (Osler et al. 2019). Among the many transformations was the development of a scientific method, a process for experimentation used to explore observations and seek a definite answer to a specific question or hypothesis. Scientists came to believe that experimentation and observation of nature provided the best foundation of knowledge rather than relying on ancient authorities or sources.

Due to a growing flood of information resulting from the Scientific Revolution, scientists were well-served to demonstrate the validity of the data presented. To accomplish this, they required independent and critical confirmation of their discoveries. Several scientific societies sprang up, starting in Italy in the 17th century and resulted in the two great international societies: the Royal Society of London (1662) and the Académie des Sciences of Paris (1666). Scientists in these and other societies could meet to share, discuss, and scrutinize their theories and discoveries.

To provide credibility, societies began to publish scientific papers, formulating new rules for reporting research data so that other scientists could replicate experiments and discoveries. These rules are similar to the current good laboratory practice (GLP) requirements of data reliability and reproducibility (OECD, 1998). Contemporary journals provide these rules in the form of “Author Guidelines”. Currently, an estimated 30,000 scientific journals publish nearly two million scientific articles each year (Musa, 2021). Despite the established rules, there is an increasing number of predatory or sham scientific journals that publish poor-quality or falsified research. Today’s societies are prioritizing efforts to improve the integrity of published research and rebuild public trust in science.

The 43rd Annual Meeting of the Society of Environmental Toxicology and Chemistry (SETAC) featured a symposium titled “Role of Scientific Societies: Gatekeepers of current scientific norms or platforms for presentations of diverse ideas?”. A panel discussion focused on the perception that there is diminished trust in scientists and, by extension, in science itself. The session focused on censorship in science and the role scientific societies can play in addressing this problem. Discussions centered around scientific integrity and the proliferation of journals that profit from poorly written and reviewed manuscripts or erroneous data.

The session highlighted, through multiple presentations, the many roles that scientific societies play in science today. These included (1) providing a forum for developing new ideas, debating controversial topics, and collaborating; (2) offering an environment to support the development of early career scientists and advertising for job opportunities; (3) and preserving the integrity and quality of the science by encouraging intense scrutiny of data while still promoting good peer review of manuscripts like the practice of blind review, i.e., the reviewers and authors are anonymous to each other.

The symposium closed with an invitation for other scientific societies to join SETAC in an effort to regain trust in science and fight against inappropriate scientific censorship. The scientific method alone is no longer enough to defend facts. Scientists, especially those in their early careers, should consider joining established societies to contribute to this effort. We all should be present and improve our scientific communication, especially with the proliferation of misinformation in today’s environment dominated by social media networks.

Do you participate in similar societies aimed at enhancing scientific integrity? We’d love to hear from you. To share your experiences or discuss this topic in more detail, contact Dr. Malekani at kmalekani@smithers.com.

Musa, Zul. “How Many Academic Journals are There in the World?” Publishing State, 23 Oct. 2021, https://publishingstate.com/how-many-academic-journals-are-there-in-the-world/2021/#What_is_an_academic_journal) Accessed 7 Jan. 2023. 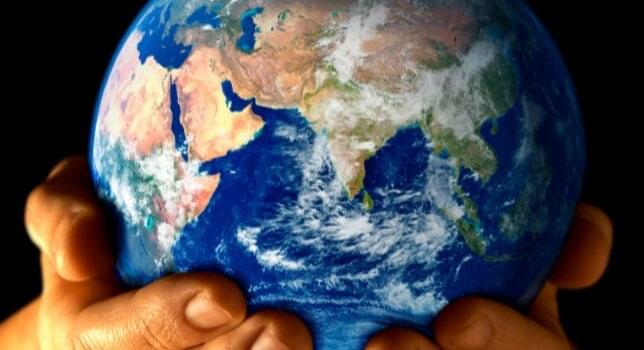 Smithers is a leading provider of environmental risk testing for the Agrochemical, Pharmaceutical, and Chemical industries.

Smithers experts presented various topics with industry colleagues along the theme of “Bridging Innovation and Sustainability” in environmental toxicology at SETAC Pittsburgh. View a summary of highlights from the meeting.